The foreign policy efforts of Costa Rica have been focused on conflict resolution through diplomacy, democratic institutions and multilateral understanding. The country itself is demilitarized since 1948 and a strong advocate in the international community for disarmament. Costa Rica played a very specific role in the negotiation process of the Treaty on the Prohibition of Nuclear Weapons as Geneva-based UN ambassador Elayne White Gómez presided the negotiations. It was also one of the first countries signing and ratifiying the Treaty.

Civil Society actors such as the director of IPPNW Costa Rica Carlos Umaña played also a key role in the negotiation process. This ICANtalk online welcomes Carlos Umaña who will share his experience and expertise and tell us more about Costa Ricas role in global disarmament efforts. The event will consist of a 20-30 minutes presentation by Carlos Umaña which will be followed by a Q&A. 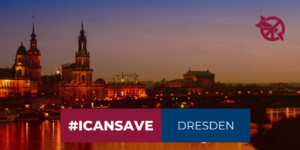