Gender, Power, and Arms: The Interlinkages between International Armament, Masculinities, and Discrimination.

Fully autonomous weapons are being developed in the context of established norms of gender and power. Norms that over decades have shaped an international security architecture, in which states’ power is being defined by their ability (and willingness) to display and use military power.

While a few states in the Global North – above all the USA and Russia – are blocking any attempts to develop a legally binding international ban treaty of fully autonomous weapons, the majority of those supporting such a ban are countries in the Global South – out of fear of losing even more power to influence.

The Campaign to Stop Killer Robots as well as the International Campaign to Abolish Nuclear Weapons are both international civil society- led campaigns challenging established norms of gender and power. Hosted by CFFP, together with the Women’s International League for Peace and Freedom (WILPF), the two campaigns invite you to discuss the interlinkages of international armament, discrimination, masculinities and gender inequality. 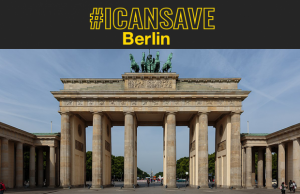